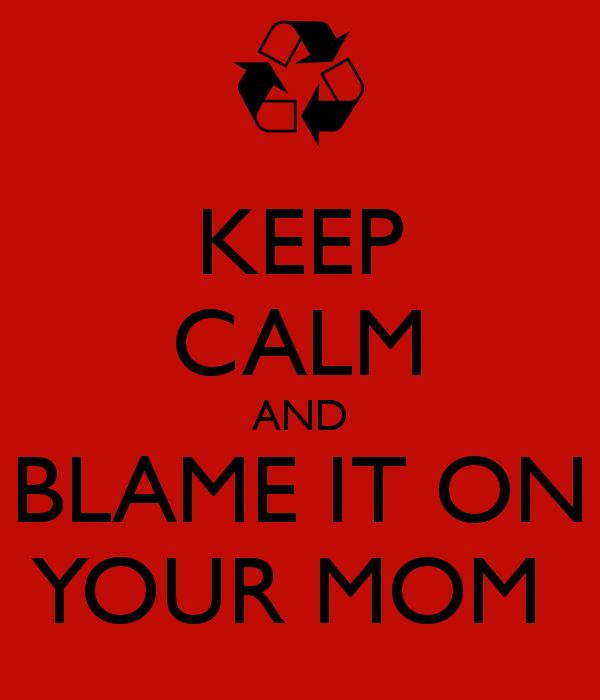 Broken families have created an increase in crime (“Lost Souls”). The cause and solutions will likely surprise you as it did for me. This article is for all the parents who want to help their children avoid abusive relationships. It is also for parents who have been shunned by their adult children.

As a child, my father took us to visit family in the interior of Mexico far from the big cities.  The extended family (children, aunts, uncles, grandparents,   great grandparents) all lived together in a small community.  Each had their own home built in a circular pattern with an open center where the children safely played in the watchful care of the family.  Adding to the family safety, there was one way in, and one way out.

Most had dirt floors, but they were all very proud to show us one relative’s home in the circle had wooden floors. I was impressed by the fact that no one seemed envious or jealous of her prosperity. They seemed to feel that her accomplishment was their own, and did not feel she should redistribute her good fortune to the rest of the family.  My Mexican relatives were most gracious, and happy to see relatives from America.  They openly shared what they had with us, and the food was delicious.

I watched a documentary about a small indigenous tribe in the Amazon. The village worked together much like my family in Mexico.  When one member of the village made the meat kill for the tribe’s food, he was rewarded by having first choice of the meat.

Some of the men in the tribe were brought to America to witness how Americans lived. Some Americans hosted their brief stay in America bringing them into their own homes.  At first their American hosts thought the Amazonians would be impressed with American prosperity.  But to her surprise, the men were surprised to see all the homeless in the midst of all this prosperity.

One of them was particularly drawn to a very old homeless man.  He spent the whole day with him to show him that he was a valuable human being deserving of love and attention.  When they returned to the home of their host that evening, they talked about the old man, “who had no one to love him”.  They said that would not happen in their village. The indigenous people told her they were going to pray for Americans.  They said, “Americans have lost their souls”.

I began to research this more.  There can be many reasons for the divisiveness in families.  Mental illness is no excuse, but it happens. Abuse can divide families.  Alcohol and drugs can cause one to lose their souls. But it was something else that began to surprise me as I did the research…It was totally unexpected.

The man who created the BBC, the first Director General, Lord Reith had the classic split personality of the over-achiever. At work he was a colossus – revered, respected and highly honoured. At home, to his family, he was a tyrannical bully.

A new biography by his now 74 year old daughter reveals that he had a string of blatant affairs, conducted openly and for which he never felt obliged to apologize, despite his public views on television’s absolute responsibility to uphold moral standards.

There was his emotional distance, his anger – he threw telephones across rooms and smashed crockery – his dismissal of family seaside holidays as “provincial and boring”.

There was the dog which he thrashed with his belt and the public humiliation of his ever-loyal wife.

He thought his children were put on this earth to improve his own image – he exerted such pressure on his daughter, Marista, to become a concert pianist that she was left incapable of playing except in an empty room.

Yet, in her new biography, his daughter doesn’t blame him.

“It must have been awful to be John Reith” she writes with remarkable sympathy, “he was always looking for something and not finding it… the man who is forever looking for his mother – a mother who was always out doing good works in the parish.”

Reith, she explains, was the youngest of six. His mother was the wife of a Scottish minister and too busy.

Mother blame pervades the media, pop psychology, celebrity biography. Most tin-pot dictators seem to have had a hard time growing up.

In the last few months alone, newspaper and TV reports have linked “bad” mothering to everything from obesity to teenage pregnancy, hooliganism to illiteracy. And even baldness. And the media just plays up to our own prejudices.

Part of the problem for mothers is that everyone’s expectations of them are so high. Mothers should… encourage but not smother… mentor but not influence… be responsible for happiness but nurture independence too.

“I blame Mum for not standing up to our father,” admits Kristina, 30, “Dad was a drunk and a bully. He used to insult my sister and me and my mother just stood by.

When Did Mother Blaming Start:

Mother blaming, explains Eva Lloyd, Senior Lecturer in early childhood studies at the University of Bristol, first became a national pastime in the early 20th century, when psychology declared the mother the dominant influence on a child’s development – as did Freud.

One of the more preposterous of these ideas was the assertion by 1920’s US behaviourist John B Watson that children should be trained tough, like guard dogs, and that “sentimental” mothers ruined their children.

Other classics included the claim that autism was caused by emotionally cold mothers and homosexuality by a mother who wanted her boy to be a girl.

Those theories have long since been discredited. Now psychologists believe that a whole host of factors – genetic, biological and social – influence what turns one child into a model citizen and another into a parent killer.

Dr Sandra Wheatley, social psychologist with a special interest in motherhood, admits that mothers are easy targets partly because they are sponges for guilt.

“One study showed that sixty-three per cent of mothers doubt they are doing a good job,” she says.

Denise Tyler, editor of on-line magazine mother@work, agrees. “Whenever there’s a debate about working versus non-working mothers it always gets very defensive,” she points out.

“Working mothers are criticized for not being there for their children, yet full-time mothering is rarely respected.”

Studies suggest that a family environment is best for children up to the age of 13 months (note family, not necessarily mother) but that other kinds of care need not have a negative effect after that.

And in any case psychologist Judith Rich Harris’ work suggests that peer group is more influential on older children than mothers.

“When they go out”, says Rich Harris “they cast off behaviour acquired from parents like a dorky sweater their mother made them wear”.

A tendency to blame mothers still pervades even when the host of other influences on children is taken into account: adults visiting or living in or near the home, teachers, other children, the media, books, and the children’s innate temperaments or predispositions. Nevertheless, in a study of 125 articles written by mental health professionals in scholarly journals, mothers were blamed for 72 different kinds of problems in their offspring, ranging from bed-wetting to schizophrenia. Each article was classified in relation to 63 types of mother blame, such as numbers of words used to describe mothers and fathers, direct attributions of children’s problems only to mothers, and unquestioning acceptance of mother blame from previous writers.

Mother blame is common among not just therapists but also laypeople, and is powerful in a sexist society. Caplan revealed that quite often, those who will not tolerate offensive jokes about women will not object to the identical jokes if they are about mothers. Mother-blame has been taken to extremes, such as hate speech that is intended to shame, silence, and/or render its victims powerless, helpless, and hopeless.

As a result many children now blame their mothers rather than taking responsibility for their own choices. That renders these adult children helpless to solve their problems, and  dooming them to a life of dysfunction.  There is more profit in keeping people sick.

“Some Adult children are so afraid of being seen as unable to cope that they deliberately hit out at the one person in their lives that unconditionally should love them, and accept them for what they are. The thing that adult daughters should remember though, that if they in turn have children, they reap what they have sown.”  https://www.answers.com/Q/Why_do_adult_daughters_hate_their_mothers

Mothers who have adult children who blame them in this manner would be wise to remember: “We break our own harts when we expect others to love us as much as we love them.”

Men are Toxic and Broken Families

Here in the U.S. my Grandmother was the one that kept the extended family bonded.  My brothers and I were raised often surrounded by the influence of grandparents, Aunts, Uncles and cousins.

Protecting our children from broken Families and lost souls

Today when parents try to explain to their children why they should not hang around drug users and “takers”, their children Often reply, “You are too Judgmental”. In trying to explain to the young people why it is important to not become entangled with narcissistic, or abusive personalities, you often hear, “But I love them.” They do not understand the consequences nor the red flags.

In my extended family we had the dysfunctional…the drug users, abusive personalities and the narcissistic disorders. So I saw the destruction and pain caused by such relationships. One can actually love and car about these dysfunctional people. But that does not mean we marry them.

Such personalities, like the serial killer, can be quite charming. They often latch on to very capable givers. But, in the end, the drug users, abusers and narcissistic personalities try to destroy the God given talents of the giver.

I also witnessed this as a young girl. For a time my relative dedicated his life to the ministry, looking for and developing the best in people…their God given talents. I saw God work miracles of healing in the lives of many people in his Church. But when he abandoned that for money (made money his guiding star), the miracles ceased. No one is all good or all bad. But the path others choose is theirs, not yours.

A friend once told me that she use to pray to see the good in people, she ended up in a long abusive relationship that nearly destroyed her. She says she now prays to see people as they really are. We all have the capacity to walk in the “Light” (to express our God given talents), or to walk on the dark side (to loose our souls).

It Takes a Village

Yes it takes a village to raise a child.  A village of people close to that child, and who love and care about them….not a distant Bureaucrat who sees them as a statistic rather than a human being.

My hart goes out to all who have suffered at the hands of abusive relationships. The family unit is being destroyed with these dysfunctional ideas. It is often replaced by government agencies or gangs.  We witness the consequences, like increased violence, lower wages, broken families, and lost souls.

Insist that the FBI reopen the investigation on Epstein in order to find our missing children.   Keeping it age appropriate, share this with your children…especially girls who are not listening to you about abusive personalities.